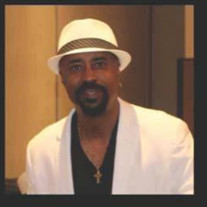 Mitchell Angelo Williams, “Mitch,” was a devoted, loving, and giving husband, father, grandfather, brother, cousin, friend and community member. He left this world suddenly on August 22nd, 2021, at age 60. Mitchell Angelo Williams was born in Eunice, Louisiana, on February 8th, 1961, to the union of Luthern Williams, Sr., and Ruby Nell Victoria Williams. After being an All-American football player in college, Mitch was recruited to and attended the University of Colorado Boulder. Mitch later worked at General Motors and fathered two daughters: Kiarra and Tashanna. Mitch married Belva (Denise) Williams, and they had three daughters: Amber, Taysha, and Jazmyn. After retiring, Mitch discovered a love of cooking, which became a creative outlet, a way for him to share his love, and a means of bringing people together. Mitchell also was always willing to help anyone who needed it and opened his home and heart to everyone. Mitch is survived by his wife, Denise; his children, Kiarra, Tashanna, Amber, Taysha, and Jazmyn; his grandchildren,Tailoni, Jalen, Aubree, Noah, and Aryiah; siblings; aunts; uncles; and cousins. A viewing will be held at 12:00PM and service from 1:00-3:00PM at Victor Valley Mortuary at 15609 11th Street Victorville, CA 92392. In lieu of flowers, please make a donation in the name of Mitchell Angelo Williams to Black Lives Matter @ https://blacklivesmatter.com/

The family of Mr. Mitchell " Mitch" Angelo Williams created this Life Tributes page to make it easy to share your memories.

Mitchell Angelo Williams, “Mitch,” was a devoted, loving, and...

Send flowers to the Williams family.