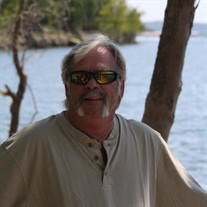 James Terry Hardy, 65, of Hesperia, California, passed on January 20, 2022. Endeared by his family and friends as “Jim.” On March 7, 1956, Jim was born to Glenn and Elizabeth Hardy and raised on a farm in Grant City, Missouri. Jim grew up riding horseback and raising cattle, which blossomed into a love for riding in local rodeos. Jim’s love of the rodeo remained with him throughout his life. Jim attended the Sheriff’s Rodeo nearly every year with the company of family and friends. Jim joined the United States Marine Corps after high school. He was stationed at Camp Pendleton in Oceanside, California. Jim was deployed to Vietnam to provide mechanical support for amphibious combat vehicle in a reconnaissance mission. As a Marine, Jim was awarded a Rifle Marksman Badge and a Good Conduct Medal. Jim was Honorably Discharged from the Marine Corps after earning the rank of Corporal. Jim remained in Southern California for the rest of his life, where he worked as a mechanic and diesel technician. Jim’s peers at Fontana Unified School District, Keyboard Carriage, and various other businesses always noted what a pleasure Jim was to work with. Jim’s humor and storytelling were second to none. Jim’s love of hot rods and mechanical skill led to him meeting his wife Karen while getting her Pontiac GTO back to working condition. Jim and Karen enjoyed rides in his El Camino, and the two would hot rod around town when given the chance. Jim and Karen made a pact to never sell either car as they played such a part in forming the couple’s bond. Jim and Karen recently joined the Inland Empire GTO Club and enjoyed the car shows together. Jim shared his love of God with his wife in his Baptism and Sacrament of Confirmation before they wed in the Catholic Church. They were together for over 35 years and raised their children, Katie, Shannon, Michelle, Kris, and Jim’s daughter Amber. Jim eventually retired and relished spending time with his 11 grandchildren, extended family, and friends. Jim cherished his role as “Grandpa” and never once missed an obligation with his grandchildren. Jim will be remembered for his sense of humor, unwavering work ethic, and putting his family first. Jim will be survived by his sister Patsy Worthington, wife Karen Hardy, daughters Amber Schmidt, Katie Wright, Shannon Jackson, Michelle Wissmann, and son Kristopher Hardy. On Friday February 4th 2022 at 1:30 PM, a Rosary and Memorial Mass will be held at Holy Family Church, 9974 I Ave., Hesperia, California 92345. On February 9th 2022 at 12:30 Jim will be laid to rest with burial service at Riverside National Cemetery, 22495 Van Buren Blvd., Riverside, CA 92518. Kern Mortuary in Hesperia are coordinating arrangements.

The family of Mr James Terry Hardy created this Life Tributes page to make it easy to share your memories.

Send flowers to the Hardy family.